Not so long ago, it was necessary to pay from 20 to 35 million US dollars for one space trip. However, thanks to the private company Virgin Galactic, owned and founded by Richard Branson, tourist space travel will become much more affordable. The cost of space flight has dropped to $ 250,000.

In addition, in contrast to many other companies, the project of the British billionaire does not use the internal reserves left over from the richest heritage of the former USSR’s astronautics. Branson prefers to independently rebuild infrastructure, space airfields and transport.

For example, last year a spaceport called America was opened, located in the desert of one of the US states – New Mexico. About 209 million US dollars were spent on its construction, and the investments were not only from Branson, but also from the authorities of the above-mentioned state. 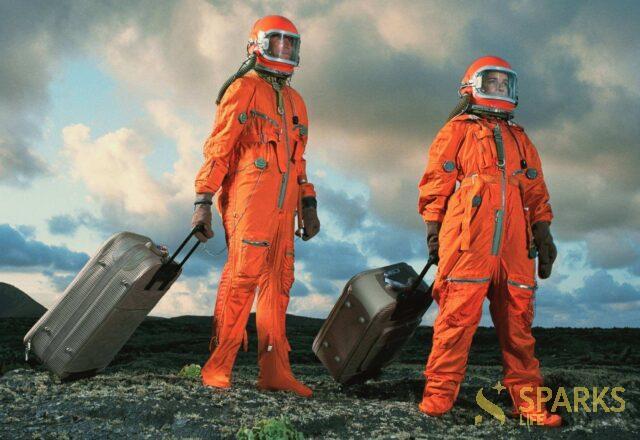 The space port was built by the UK-based architecture firm Foster + Partners. Also involved were such American organizations as SMPC Architects and URS Corporation.
The design of the building was carried out in such a way that there was excellent ventilation inside, and outside the building was reliably protected from the harsh desert climate.
Many skylights provide the building with natural light, and mirrored walls delight guests and passengers. The total area of the space port is more than 11 thousand square meters.
There is enough space for the location of spacecraft, an area for professional training of cosmonauts, and a suborbital flight control center. There is also a special section from where visitors can observe the unique structure.
The spacecraft, named Space Ship Two and White Knight Two, have already completed testing and are ready to receive the first passengers. As of today, more than 600 tickets have already been reserved by space tourists, including famous entrepreneurs and show business stars.

Initially, the price was 200,000 US dollars, but due to the growing popularity and some technical errors, the prices increased by another 50,000 $. The cost of space flight will be $ 250,000. This amount includes not only payment for the trip, but also checks, exhaustive tests of the physical and psychological health of the future tourist.
The preparatory program is designed for three days, it is required to prevent possible accidents in orbit. In addition, its goal is to train future astronauts to properly respond to unforeseen situations and probable difficulties that may well happen during the flight. Also, passengers will be required to pass a test on how well their body can tolerate overload.
By the way, more than 88% of the candidates who have passed the preparatory program have already been admitted to the flight. The oldest was recognized as an 88-year-old tourist who passed all tests with flying colors.
More details

How to choose a yacht for a trip around the world

How to choose a yacht for rent

Turkey from the sea – yacht cruise

Pet on a yacht